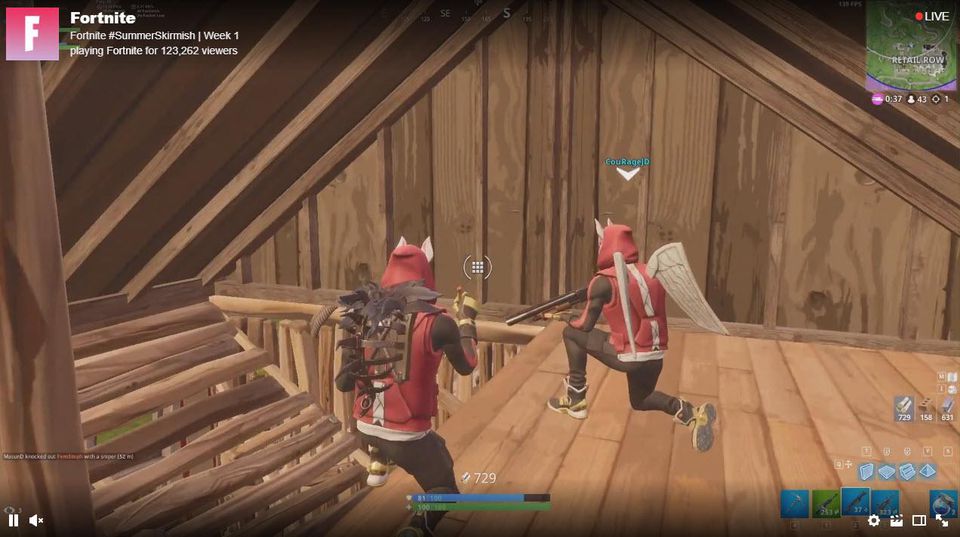 Epic stunned observers when they announced that they were moving into esports in a big way, offering $100 million in Fortnite esports prize pools this year alone, including $8 million dedicated to the next few weeks of a “Summer Skirmish” series, which pits streamers and top players against each other.

What struck me about the matches however was not necessarily the lag, but how flat-out dull it all was. With so much on the line, $50,000 for first place and $250,000 in total prizes, these kinds of events paired with the kind of game Fortnite fundamentally is encourage caution over exciting gameplay. What that means is a lot of camping in towers or in elaborately constructed ground mazes, and not a whole lot of action. For most of the games I watched Tfue’s stream, a guy who is supposed to be one of the best players in the world, but probably 90% of his games were simply him finding the best place to hide on the map, before repositioning to do it again and again as the storm circles shrank. This isn’t to say he’s a cowardly player, but this is what the game demands with high level play in events like this.