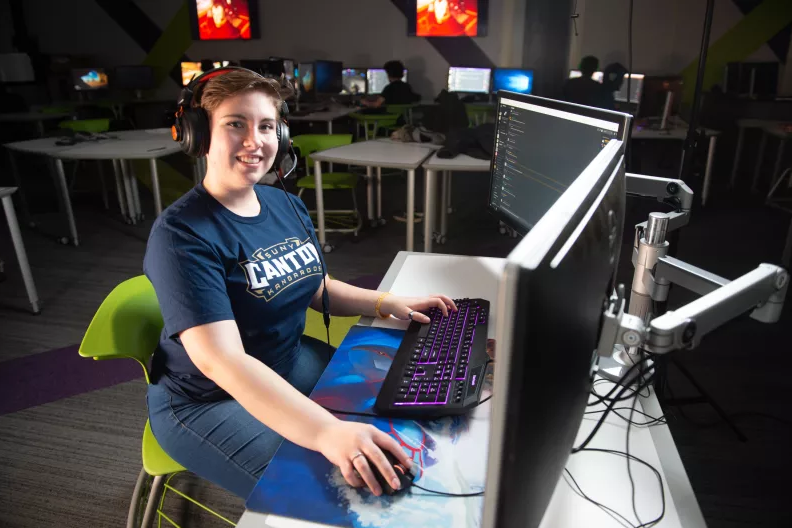 In the past five years, collegiate esports programs have been popping up at schools all over America, and these programs have also become a way for smaller schools to stand out from the pack. SUNY Canton, a state college in the upper tip of New York half an hour from the Canadian border, announced its own esports program last December, inviting any of its around 3,500 students (all undergraduates) to try out for the first three games it’s supporting: League of Legends, Overwatch and Hearthstone. The STEM-focused school found that its student body was eager to game, and that many were already playing those titles on their own.