How investors should think about the esports gold rush 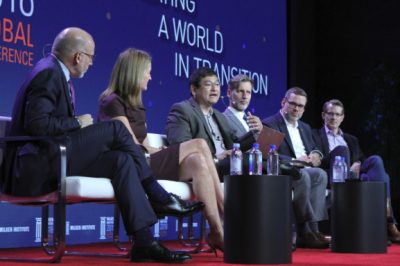 No longer are we arguing about whether people will watch someone else place games. The discussion is now about how many hundreds of millions of people are doing it. The fact that this discussion was happening at the Milken event in Beverly Hills, California, shows that big money and the super rich have descended on the esports explosion.

Global esports revenues are expected grow 38 percent to $906 million in 2018 and further grow to $1.65 billion by 2021, according to a new annual report on esports by market researcher Newzoo. Esports is less than 1 percent of the revenue of the $137.9 billion global games business. But it is the shiny new thing. I’m writing stories every week about esports, much like a year or two ago I was writing every week about virtual reality investments and startups.