Big Data is the Future of eSports 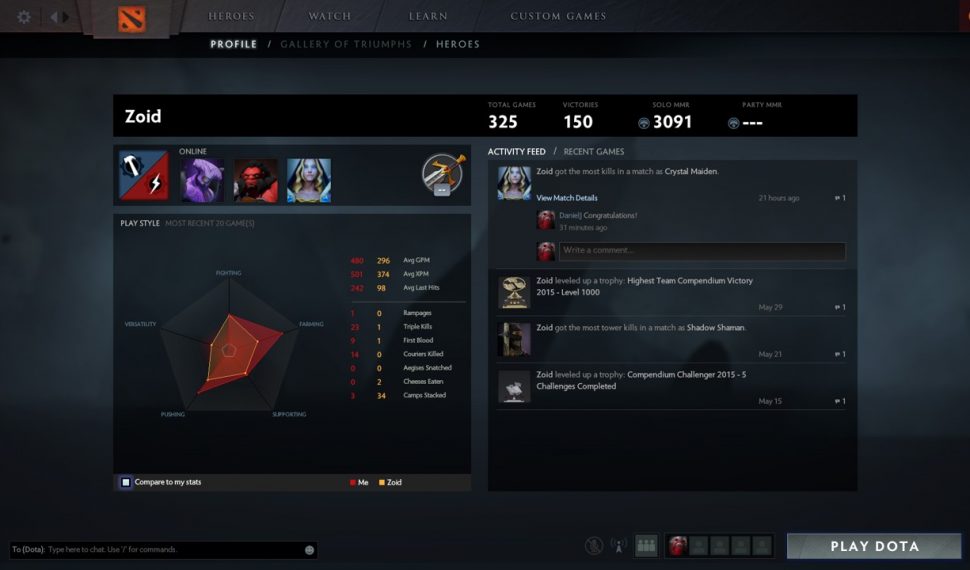 For much of the 20th century, simple counting stats dominated our understanding of a baseball player’s value. For hitters, it was runs batted in. For pitchers, it was wins. If you’ve seen the film Moneyball, you know what happened next: Starting in the middle of the 20th century, “sabermetrics”—derived from the acronym SABR, or Society for American Baseball Research—applied empirical analysis to baseball, changing almost the very definition of how to play the game. Coined in the 1977 book Baseball Abstracts by Bill James, it paved the way for collecting and summarizing data to better calculate the contribution a player might offer to a team’s win.

When the Houston Rockets basketball organization expanded into esports with a League of Legends team called Clutch Gaming, it said at its launch that the team’s approach would be centered on data and analytics.

“There’s a time and place for [advanced metrics], to be able to understand the game further,” said Riot Games’ Doug Watson.

In games like League and Dota 2, ten players on the field means thousands of data points to scrub, each one ranging in importance from telltale to humdrum. Finding the right hooks and points is important to uncovering effective data. This is made significantly easier when the game has an open API, or tools for scraping the game’s code to find relevant data points.

“Game developers don’t like me,” said Sabina Hemmi. “Before I came around, there was no insight into how balanced a game was.”

Just as it did with traditional sports, the collection, analysis, and use of all kinds of data is beginning to change the way that competitive games are played and understood. But while many scenes like Dota 2, League of Legends, and Overwatch are coming around to the value of statistics, the breadth and sophistication of statistical coverage in general is still in its beginning stages.

The numbers that Sabina Hemmi’s team have pulled down from Dota 2over the years are, in a word, expansive. You can view stats from your own match history stretching back years. I can see how good I am at playing Venomancer, what items I tend to buy, where I tend to place vision-providing wards, and my average damage output.

Pulling up the esports tab, I can scroll through hundreds of professional Dota matches, each recorded and compiled by the website’s myriad systems. Each is applied labels and tags, ordered by series and team, with player names automatically assigned so I can back-search their individual histories. (Dota players can opt out of having their data displayed by request, Hemmi said, leaving their stats but no account or personal information.)