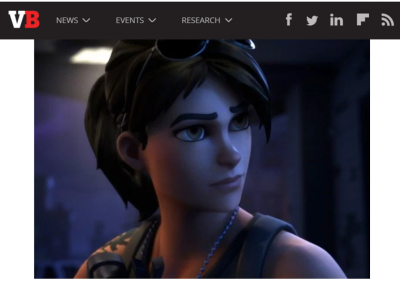 If there is any doubt about eSports, it is quickly erased with a $100M investment. Epic Games is putting $100M into its very popular game – FORTNITE – to push eSports into high gear. There is no better proof than putting your own money into your own game.

Epic Games had $100 million burning a hole in its proverbial pocket, and the company has decided to use that cash to begin building up the esports scene for its megapopular battle royale shooter Fortnite. This is an astronomical investment in competitive gaming and the future of Fortnite, and it is a clear sign from the studio that it is planning long-term support for the last-player-standing game.

Fortnite is one of the biggest games in the world and a pop-culture phenomenon. No joking: My wife asked me over the weekend why all her first graders were doing certain dances, and all I could say was “Fortnite.” It’s everywhere, and that’s due in large part to its presence on broadcasting sites like Twitch where it is the most viewed game. But Epic could grow that viewership even more by introducing a well-funded esports space alongside entertaining streamers … and you don’t get much more well-funded than $100 million.