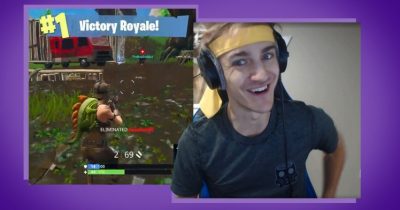 Pundits have predicted Fornite god Ninja is earning nearly $1million (£709,000) each month from playing the game. And only playing the game on Twitch alone. That’s a LOT of money, right there. In recent figures calculated by Forbes, the man known as Ninja – real name Tyler Blevins – has had his reported earnings calculated off the back of his current, record-breaking subscriber count and how much he banks from each subscriber, confirmed by Ninja himself.